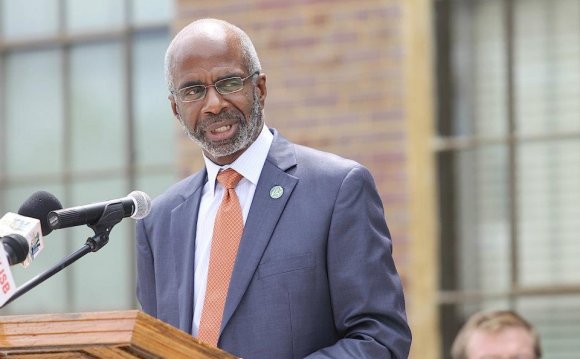 Keith Bowers is the Regional Director of the FSBDC at Florida A&M University and has served in this capacity for over four years. Prior to his appointment as Regional Director, Mr. Bowers founded and operated the Bowers Group, a consulting firm specializing in community development, affordable housing and economic development.

Keith graduated from Florida A&M University in 1989. Upon graduating, Keith was commissioned as a Second Lieutenant in the U.S. Army and has proudly served in the United States Army Reserves as Captain and Adjutant General of the Joint Detention Operations Group in Guantanamo Bay, Cuba and also Captain and Commander of U.S. Army Postal Operations in Bosnia.

Keith Bowers has also served the Florida Housing Finance Corporation as Single Family Administrator and Planning Manager. He structured and managed Single Family Mortgage Revenue Bond Programs with an average annual portfolio in excess of $180 million. In addition, he coordinated training and marketing activities among a network of more than 60 lenders and builders throughout Florida, administered the HUD HOME Homeownership Program which provided over $8 million in direct loans to developers of affordable housing, managed down payment and purchase assistance programs with a $15 million annual budget, and directed HUD sponsored counseling and outreach programs implemented in major Florida cities.

Keith is actively engaged in a number of community-based organizations and currently serves on the Board of Governors for the Leon County Research Development Authority, Board of Commissioners for the Leon County-Tallahassee Enterprise Zone, Board of Directors of Elder Care Services and Citizens’ Advisory Council for the Frenchtown/Southside Community Revitalization Area.

Keith is married to Valerie, his wife of eight years and they have a seven-year old son, Wynton. Keith is an ardent jazz aficionado and collects vintage jazz recordings and memorabilia. He also enjoys cooking, travel and volunteering in the community.